Stone Master Marathoners is proud to congratulate member Bernie Priekulis on the completion of his 100th Road Marathon at Luxembourg Night Marathon, 12th May 2018. 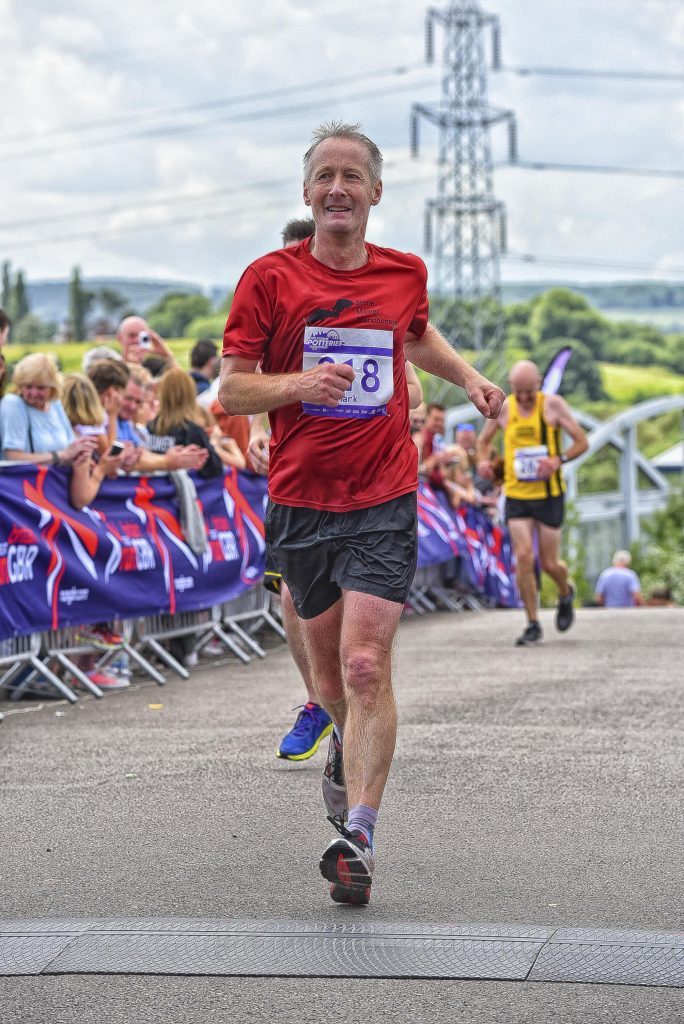 Bernie’s marathon career started back in 1989 at Potters Marathon when he was part of duo pushing a handicapped child around the course in a wheelchair. This predated him joining Stone Master Marathoners – back then it was a Veterans only club. Once Bernie reached the veteran age, 40 years old in 1995, he joined Stone Master Marathoners and has been a member ever since, always a big character and a loud voice. Most recently he was Club Captain and a driving force of change during one the most significant periods of change the club has ever seen. During this period the club changed dramatically with membership doubling, race participation growing from a handful at local races to 50+ members seen at many recent local races, due in no small part to Bernie’s positive influence.

Marathon Cultural Tours have long been a mainstay of the Stone MM race/social calendar with Bernie usually at the helm. Over the year’s he completed 39 overseas marathons, rarely going back to the same place more than once, one of the exceptions was surprisingly Berlin where he revisited again and certainly left his mark on the city! The favourite overseas location seems to be France; Paris (x3), Mont St Michel, Nice to Cannes, Somme, Montpellier, Luberon and Caen. Some have made the connection to an abundance of cheap wine and cider. Spain is second with Tarragona, Barcelona Murcia and Malaga, and we’re expecting a few more over the coming years as Bernie spends more time in Spain along with the rest of the old folks! A common theme has been the less well known tourist destinations with marathons completed in; Wachau, Sofia, Ljubljana, Riga, Tallin, Vilnius, Budapest, Antalya and Wroclaw. Bernie, as the years advance is partial to a bit of winter sun, and has races marathon in; Limassol, Lisbon, Porto, Athens, Funchal and Paphos. 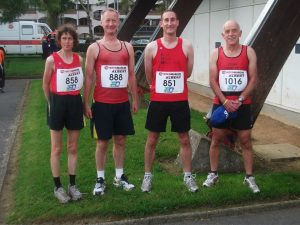 Congratulations Bernie on completing your 100th Marathon, a superb PB of 3:05 (1998), and all done in under 30 years and based on a training programme of just two runs a week – Wednesday evening and Sunday morning.

Here are a few words from a few of Bernie’s fellow runners and cultural tourists.

Jim Holland, sub 3 marathon runner and regular Cultural Tourist
Having been on several of Bernies cultural tours, one that sticks in my mind is Tenby. We both had a couple of beers the campsite as we waited for the bar to open. Setting up out tent in the dark at 11pm was a challenge as was discovering that the calor gas JC had kindly lent us was empty. The next morning we sat overlooking the bay at 7am on the hottest day of the year. Over five hours 40 mins later we staggered over the line and collapsed in a shop doorway for an hour to recover. It was so bad that we didn’t even manage a beer before the five hour trip home. I don’t believe anything puts Bernie off his marathons and vino tinto.

Steve Parker, V60 age group winner and regular Cultural Tourist
1. Jersey marathon, my first with the club, l wasn’t at my best at the finish and needed TLC from St. John’s and local A&E, Bernie sacrificed valuable rehydration time to be my carer, Yvonne knew that Bernie would appreciate and delivered a can of strong bow into the St. John’s.
2. Porto marathon, during the recovery phase, we’d been exploring the dodgy areas of town when Bernie required an urgent “comfort stop” under a bridge, shortly after we were aware of a police riot van pulling alongside us, keen to ask us a few questions, not sure they believed our cover story about coming to Porto to run the marathon!
3 Antalya; helped me to achieve my pb; 11 hour recovery drinking session! He also stepped in as guest DJ, when, he thought, the incumbent was not upto it

Amy Gamble, 2018 Club Captain and Cultural Tourist
Another successful cultural tour with the bats. I was delighted to have taken part for Bernie’s 60th Birthday, but being part of his 100th one is even more special. As the new Captain I have no intention of emulating the number of marathons completed by the outgoing Captain.

Ken Rushton – our local race organising Svengali
Having been proud to have known Bernie for nearly 30 years since running his first marathon in 1989 taking part in the Potteries Marathon I would like to give him a massive pat on the back for the incredible achievement of 100 marathons.

Tim Hulse, Chair, Stone MM
Bernie’s cultural tours are a key part to Stone MM’s calendar and in recent years I’ve been fortunate to participate in a few of them and there have been many memorable moments with Bernie. One that springs to mind is our rousing rendition of Gilbert & Sullivan classics in Munich’s Beer Keller where pre WW2, a certain Adolf Hitler was preaching much more menacing words. Stone MM has been very fortunate to have Bernie as a leading member, until recently as Club Captain, and it’s been good fun working together to try and make a difference to the club we both love.

Chris Barlow, The Legend, completed 70+ marathons (he doesn’t keep count) and regular Cultural Tourist
“Cider, cider is all you need, with burgers and chips the daily feed, training is just twice a week, somehow he does it to hit his peak, 100 marathons an amazing feat, must be the gout in those beautiful feet.” 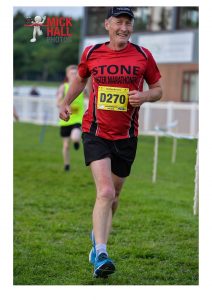 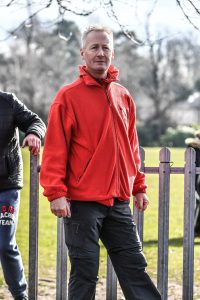 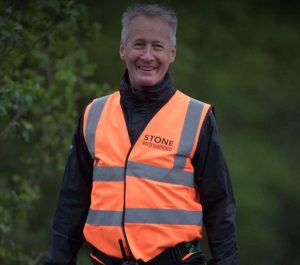 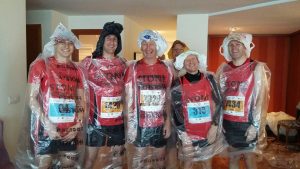