Stone Master Marathoners has a wealth of coaching talent to help nurture and support your running goals. From total beginner to seasoned racer, we’re happy to guide you in progressing your running training at any level. 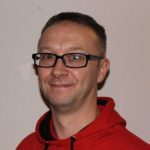 I joined Stone Master Marathoners in late 2012 after running the Stafford Half Marathon with a work colleague and discovered I quite enjoyed running.  After years of football and cricket and two small boys, time was an issue so it was easy to go out for a quick 30 minute run at 9pm when they were in bed!

I qualified as a CIRF coach last year whilst I was also retraining for a career change as a sports massage therapist. My new career means I’m dedicated to keeping runners injury free and training. I have a wealth of information and passion to share and as well as my own sessions I also host a 7:30pm session on a Tuesday evening for all abilities.

I am 100% involved in running and fitness. 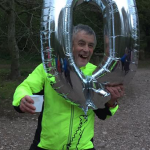 As former Club Captain and lifelong runner, many at our club will have had first hand contact with Bill as they progressed through the Beginner group. Recording superb personal times at a range of distances over the years, Bill now focuses his efforts on supporting our new Bats on both the Thursday and 9.30am Sunday runs.

Bill’s key message for anyone thinking of starting running is to come along and give the Club a chance. You don’t need to have any prior running experience and can be a total beginner – he has nurtured many of our keen Club members from nervous new starters and has a wealth of experience in looking after you when you first come along.

Bill is a firm favourite throughout the membership, his unique style of mentoring shining through. He welcomes anyone thinking about starting their running career to come along to the Thursday session – you won’t regret it! 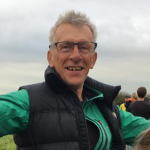 John’s running career spans 40 years, from 1970 to 2010, and his passions lay mostly in fell racing and long distance challenges. He’s been involved with race organisation since 1980 and organised the British Fell Running Championship in the early 80’s, to great effect.

His coaching began with a group at SMM for about 6 years, before moving on to more formal coaching qualifications. With training funded by both Stafford Borough Council and Stone Master Marathoners, JC started in 2005 and he qualified at Level 2 in 2006. He’s worked with coaches from other clubs, including Newcastle AC and is also a qualified race official and UKA Race Adjudicator.

Without doubt, John has a lifelong pedigree of running and coaching that can benefit any member. You’ll often find him at the Bat Cave after Club Runs (he tends to cycle now so you won’t see him during the run) or at races encouraging our many keen runners. Be sure to grab a few minutes of his time – he’ll be happy to help you. 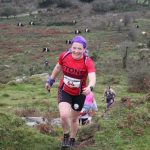 Emma has grown up around runners following her dads running and racing career on the local running scene so she is no stranger to their needs. Her passion for running knows no bounds and she is keen to help others take their running to whatever goal they set. Since gaining her CIRF qualification she has become a regular coach at SMM and can often be found at Tuesday night speed sessions and more recently holding strength and core sessions specifically for runners. Emma is also a qualified race official for the UKA and trained in mental health first aid.

Emma is passionate about trail running and favours the bigger distances, she is always ready to pass on her knowledge and experience. There is no such thing as one size fits all in running so if you’re looking for a personalised plan Emma is always happy to help you.