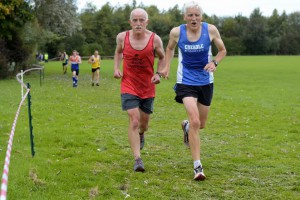 Up at 5 30 usual pre marathon porridge medicine, as usual, ate until I felt sick. Off with other like minded individuals to the start, by chance, only about a mile from the B+B, out side the Rod Laver Arena on Batman Ave, of Australian Open tennis fame. https://www.stonemm.co.uk/2015/10/18/melbourne-marathon-18th-october-2015/ https://www.stonemm.co.uk/2015/10/18/melbourne-marathon-18th-october-2015/Took my cap off, as instructed, for the Ozzie National Anthem, commentator told everyone to “bugger work tomorrow, tell the boss you’ve done the M, and finished in the “G” “. Off at an early 7 00 start, thank god, as it got hot from 10 00, and plodded around, aiming for favoured negative split, started to feel real tired (sorry buggered) at about 32k and had to hang on, to the finish in the MCG home of the 1956 Olympics, although I don’t remember them!

Ran with Felicity for about 6k from Torpoint in Cornwall (out for a week just to do Marathon) moved on when she explained her husband was in the Marines and was aiming for 3 hours. Ran with Leanne (doing it for her 50th birthday, a local)  for about 25k, moved on when she suggested breakfast with her family, then with about 1.5k to go, an ex pat Kevin, (in his 30’s) came alongside and explained he had been following me all the way round, I suggested we finished together, he agreed and then sprinted (or what appeared to me like a sprint) around the inside of the MCG to the finish, I didn’t want Kev to beat me so it all became messy over the last 400 metres, I think we did finish together, possibly to ex english Kevs surprise. 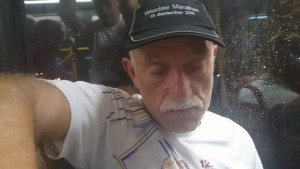 The Photo’s are from file, not from the race. However they are likely to be realistic of Sparker’s face at the sprint finish and his post race recovery.

Editor comment:   After reading Sparker’s comments on tiring at 32km, I thought I’d check what happened to the machine that is Sparker. According to the timing on the results website he was 19 seconds slower in the second 20k from the first 20k, and his sprint finish led to a fast final 2.2k, thus he was probably close to a negative split. As usual he passed runners the whole race, almost 400 in the second half! Well done Sparker, I wish I could do that in a bad race!