During the latter years of the 1980s, three events occurred which drastically changed Dave (and Pats) lives. He retired, as Inspector from the Police force, moved to live in Cheddleton, which is where Maggie and I first met David and Pat, and joined The S.M.M running club, in those days a veterans club for training and running marathons. Not content just to race and socialise, Dave, and others, have worked tirelessly to organise and promote races of differing length and terrain. This has greatly enhanced the clubs profile and membership. The gratitude and affection felt by the club’s members, both past and present, is reflected in the number here today.

Dave also had a great love of cricket, and was a member of Bagnall club for many years. He was also a loyal supporter of our local Ashcombe Park team. An aspect of Dave’s cricketing life has, but for a few, been forgotten. Many years ago, and due to his enthusiasm and organising skills, he encouraged and founded the SMM cricket team of which he was captain. Forget Dads Army, the team David Upton lead onto the local grounds probably hadn’t lifted a bat or ball for twenty odd years. We looked fairly athletic, as we should, but reflexes were slower, and bending more of a problem. Balls had crashed into the boundary fence before we were halfway down, catches were not so much spilled because we didn’t get near them. Running between the wickets was almost in slow motion, the economic pace of a marathon runner. Dismissal by being run out was common. Our fast bowler did sent the an odd fast one down, but so inaccurate he not only put the fear of God into the facing batsman, but also the wicket keeper and first and second slip as well! But what great fun and fellowship we enjoyed, all down to Dave’s enthusiasm. 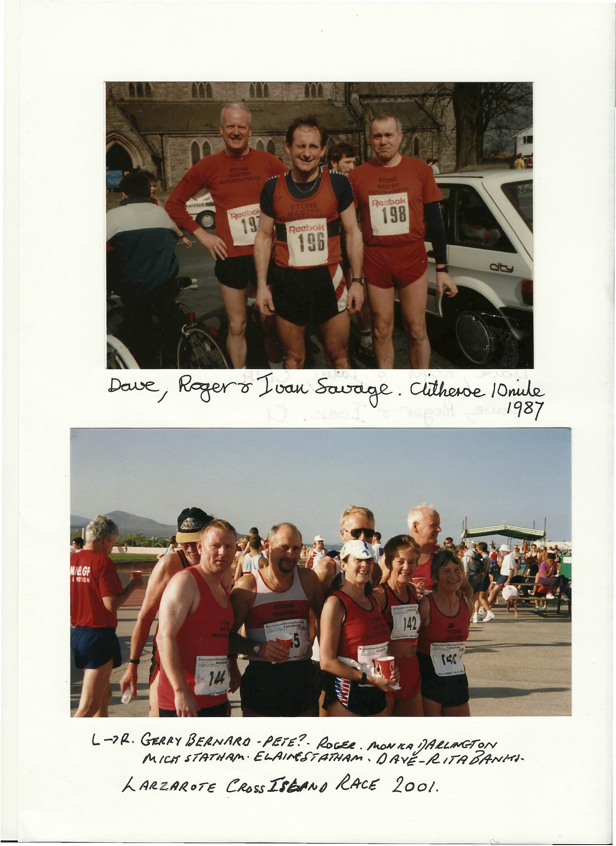