Marshalling the Marathon – by Brian Hall

In the early days of planning the Flying Fox Marathon Bernie asked me how I might help. I think he was hoping I might say that I would organise the course marshals, having carried this job for many years on our other races. The trap was set, and into it I fell. 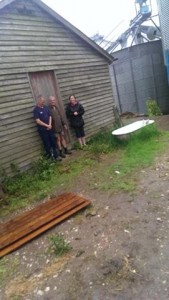 It is twenty years since I last helped to organise the Flying Fox, and back then it was held on a (fairly boring) two and a half lap course between Stone and Barlaston. Few complicated junctions, no ‘elf and safety to speak of, and relatively easy in terms of control. Water in plastic dustbins, plastic cups and much lower traffic counts than on today’s roads. And no email.

Fast forward to 2014. A single lap, extremely complicated rural route on very narrow, sometimes muddy lanes described as “scenic”. The word “trepidation” soon became understood as I realised how challenging the safe delivery of this race would be. Having been driven round the course by Bernie, trying vainly to remember the direction and mark the marshal points on a map at the same time is an experience not to be forgotten! At least we were in his work car and not the Noble…

After some head scratching, I decided that the way forward would be to divide the course into sections and to have a marshal co-ordinator for each section, particularly where the route was really complicated, as on race day it would be well – nigh impossible for me to ensure that all helpers were in the right position  on the course. 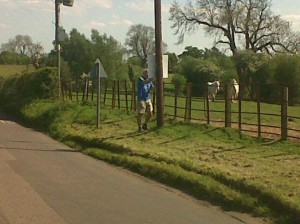 The sheer number of road junctions called for over thirty marshals to point runners in the right direction, let alone the start/finish/registration/results/car parking team at the headquarters, and the manning of the multiple drinks stations out on the route. I reckoned that a crew of least fifty would be required. Throw in a bank holiday weekend and half-term, would that be possible from a club with a membership of just over a hundred?

Our Spring Treble series came and went, then with stark realisation the marathon was but a month away. Already four of the five co-ordinators had been recruited and the task of persuading nearly half of our membership to help was under way. The level of support from our members was beyond my expectations, friends and family were called upon and retired members heard about the venture and offered their assistance. Even a couple of runners from Market Drayton were drafted in. We had to recycle many of the marshals from early parts of the course to man later junctions and water stations, but no-one showed any dissent. 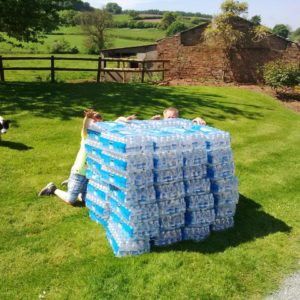 On the day the 20th anniversary of our unique race went almost without incident. There was one heart-stopper when at about half distance we had a radio call to say that the lead motorbike had taken the wrong route, with the runners following. A mad scramble to the relevant point on the course at Walk Mill proved the information to be incorrect – apologies to Mike on the bike and marshal Anne-Marie who were understandably indignant! Later in the race the lead moto took to the greenery, luckily without much injury to bike or rider.

We quite rightly put our trust in you all, and not one person let us down, and no runners got lost. My sincere thanks go to all who helped. It was a terrific team effort and a real success, impossible to name individuals because there are so many but you all know what part you played. Fantastic.

So would we do it all again? Not sure my ticker would stand it!