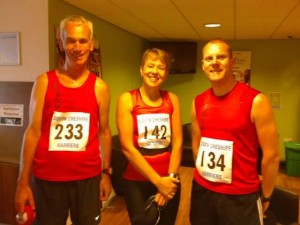 “I don’t know why I’m doing this” seemed to be the common thought amongst the four Stone Master Marathoners who gamely made their way to Crewe for the South Cheshire 20.….

Was it the enjoyment of running 20 miles through the Cheshire & Staffordshire countryside on a lovely bright late summers morning?
Was it because they needed a 20 miler in preparation for an upcoming marathon?
Was it because they’d heard that there was a bright orange t-shirt in the goody bags?
Was it just because they loved running so much?

We were all there for one thing, and one thing only…… POINTS! 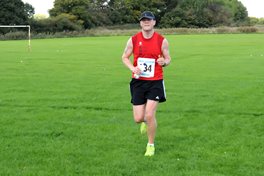 Be it Stone Master Marathoners club championship points, North Staffs Road Runners Association points or both, we were only there for the points. As it turned out with just myself, Mac, Richard & Anne-Marie in attendance 3 of us were (assuming we finished) assured of 50 SMM points so it was probably more about the NSRRA points. 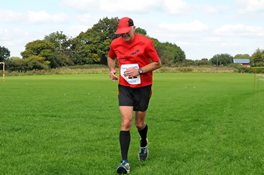 So after registration and the obligatory team photo (minus Mac who was otherwise engaged in a time consuming activity in the gents – I can only assume it was a very long queue!) we lined up on the road about to embark on what was advertised by South Cheshire Harriers as 20 miles of frequently hilly, mainly country lanes – what could be better!

The first few miles passed by relatively easily – with regular dips and climbs, then from 6 through to 8 there seemed to be more climbs than dips and I’d been warned about the worst hill at 9 miles. Sure enough, right on cue the 9 mile marker proudly stood on the roadside at the bottom of what can only be described as a stinger of a hill – this lasted, with the occasional dip for 2 miles. After the break of a descent and the feeling of the worst was over up popped another hill, and another, and another, granted none were as steep as the one at 9 miles but this seemed like a race that never really got any easier. The miles just kept on rolling, climb followed by dip followed by climb followed by dip all the way to the finish.

The support from the South Cheshire Harriers marshalls was superb, particularly the 2 very enthusiastic ladies at around 13 miles, the drinks stations were frequent (unlike this years Stafford 20) and all things considered I’m not sure why…. but I did enjoy it!

As for the points, there was something for everyone to be happy with…. 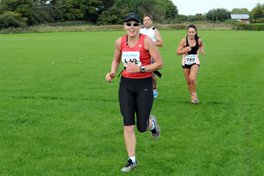 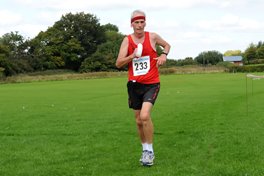